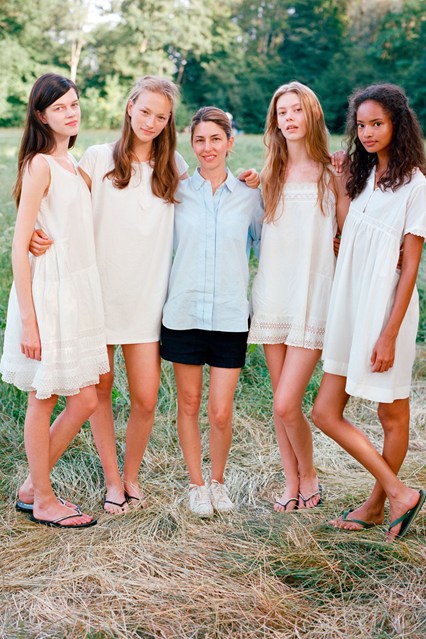 IT may be an ice-cold December day, but a glimmer of summer is in sight thanks to Marc Jacobs's new Daisy fragrance advert - a sunny, short film directed by Sofia Coppola to represent Jacobs's Daisy, Daisy Eau So Fresh and Daisy Dream scents and seen in our exclusive behind-the-scenes images here. Coppola was in fact the first ever face of Marc Jacobs fragrance, photographed by the designer's long-term collaborator Juergen Teller who also shot the print campaign to sit alongside Coppola's new advert. 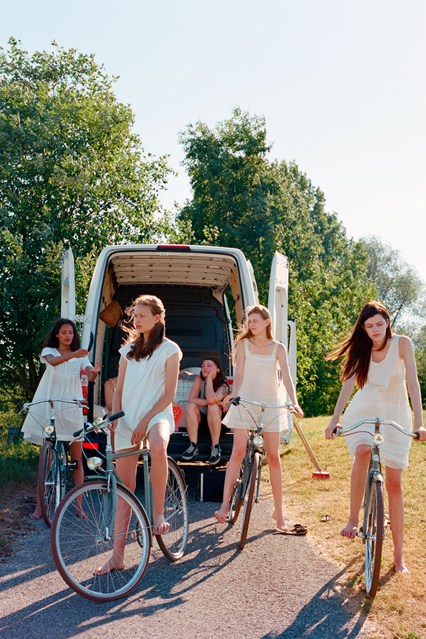 "Because I was in the fragrance ad when Marc started doing the perfume, it's funny now to be making a commercial for the Daisy fragrance," Coppola said. "I really enjoy doing a fragrance campaign because it's about atmosphere and personality. And it's so abstract."

Starring in the campaign are models Malaika Firth, Ondria Hardin, Antonia Wesseloh and Sophia Ahrens - all of whom have nothing but praise for Coppola. "She's a great director - she tells you exactly what she wants but she also gives you space to have your own interpretation of it," says Ahrens, whilst Hardin praises the "light, airy" feel of the film which sees the girls skipping through streams and running up and down daisy-covered hills in nightdress-like white dresses that call to mind those in Coppola's directorial debut, The Virgin Suicides. 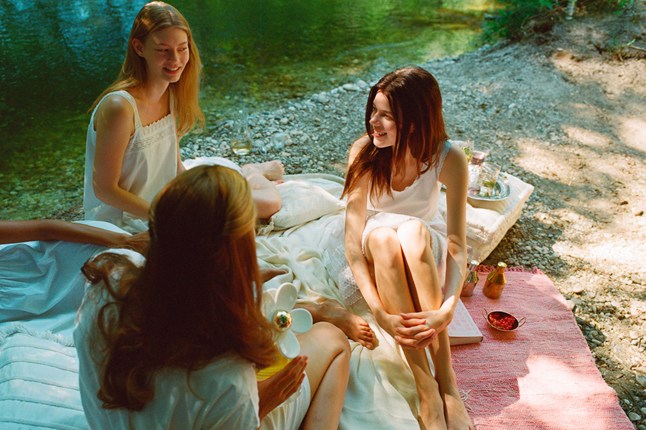 "I kind of imagine maybe they've snuck out of their boarding school and they're running in the hills and lazing around together," Coppola explained of her vision. "I feel like fragrance is really important to your identity as a teenager - I was really into it, this idea of being a woman."

Gallery of 21 images and video at the source!

Emma Watson mentions Sofia as one of her style icons: 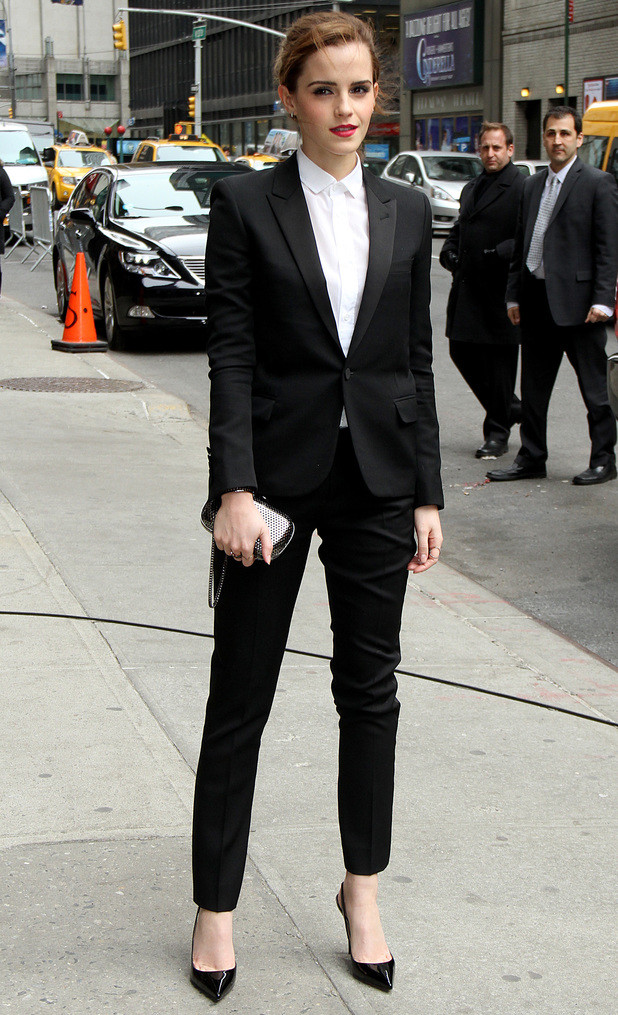 You directed a video for Erotica's follow up single – Deeper & Deeper. It's a visual tribute to Andy Warhol style, Studio 54 and classic disco. Could you tell us more about the whole creative process and that specific mood you've created? Was it fun to be on the set of such videoclip?

Madonna wanted to do an Andy Warhol/Edie Sedgwick styled video. She believed, and I think this is accurate, that there was a similar feel to the times of America in the 'Roaring '20's' and the Disco '70's. A wildness. The video was made very quickly. "Deeper and Deeper" is a great song, one of her best dance records for sure, thanks to Shep Pettibone. The dance sequences in the video are 100% spontaneous. We loaded a dance floor with people, put her record on, and the dancing began. I have danced with Madonna many times. So I can understand why those people wanted to dance with her as well. It's a thrill. She also brought along Udo Kier and Holly Woodlawn who were part of the original Warhol crowd. Her pal Sofia Coppola (who I adore) came along, too, as well as Debi Mazar and Ingrid Casares.

We can definitely see Sofia Coppola there! Do you remember how she got the role?


We called her up and said, "We'll see you down there on Thursday." She said, "Great, see you there." That was it. 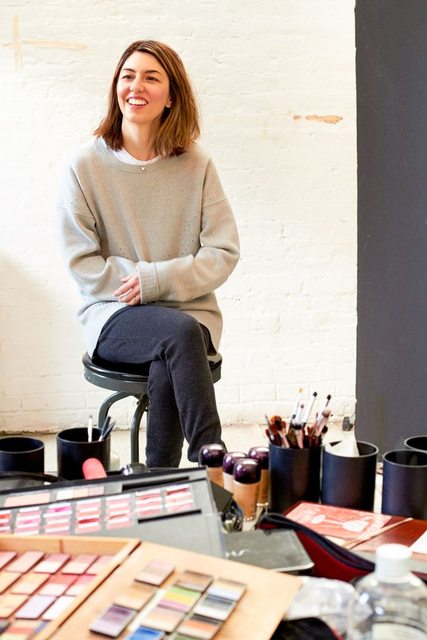 I love Dick Page and the way he does makeup. I like that it takes him five minutes, and he’s not precious about it. Last summer, I was directing a commercial for Marc Jacobs Daisy and had to do an on-camera interview; we were outside in a field—it was, like, 104 degrees, and we were all melting. Dick dabbed some powder in the corners of my eyes and some red lipstick on my cheeks, and instantly I looked so much better. I wanted to learn how to do this myself—how to look my best with just a few things in a few minutes. Here is my makeup lesson with Dick in his SoHo studio. I asked for a simple day look and an added glamorous eye for evening. This is what we ended up with. 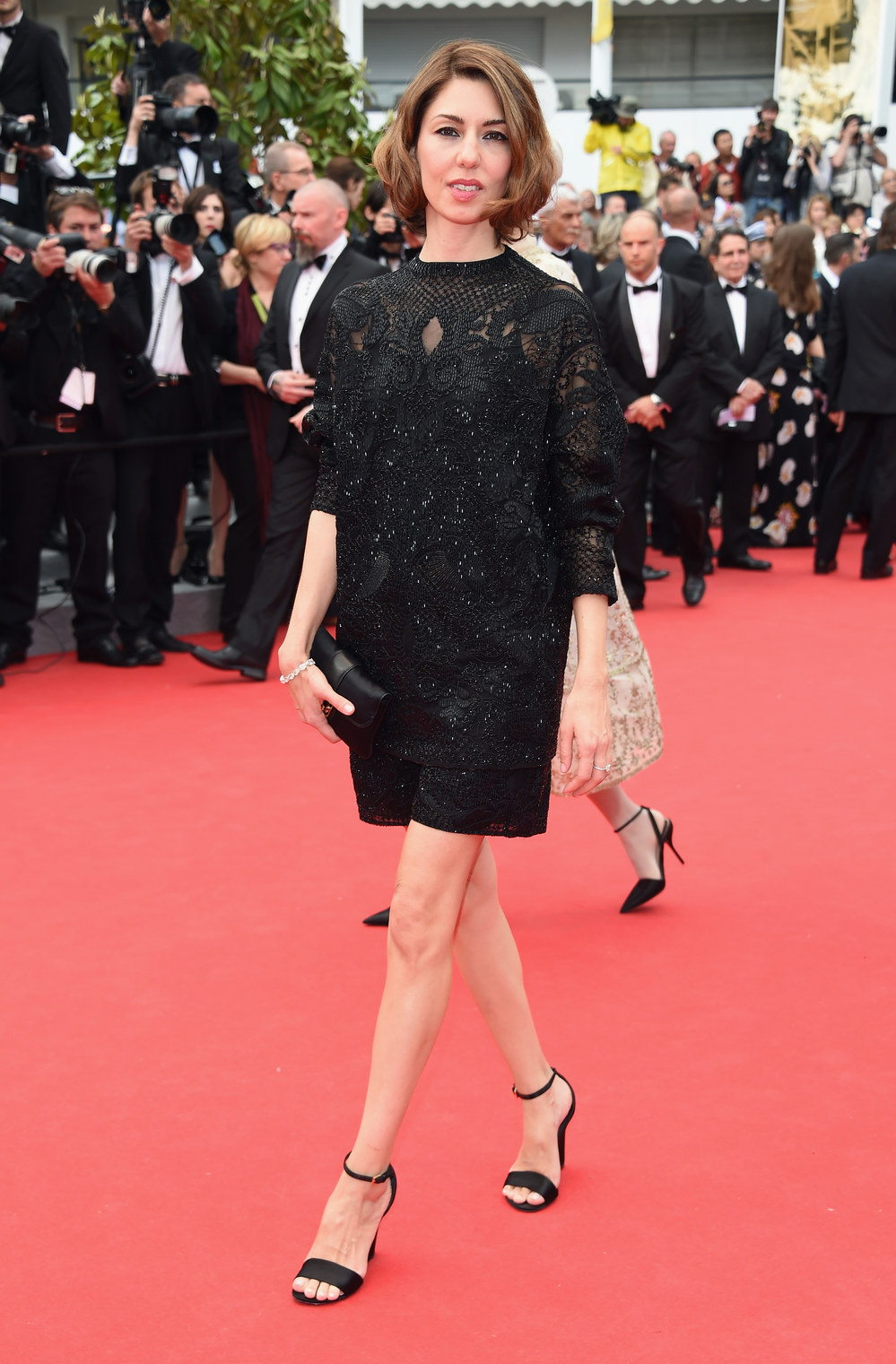 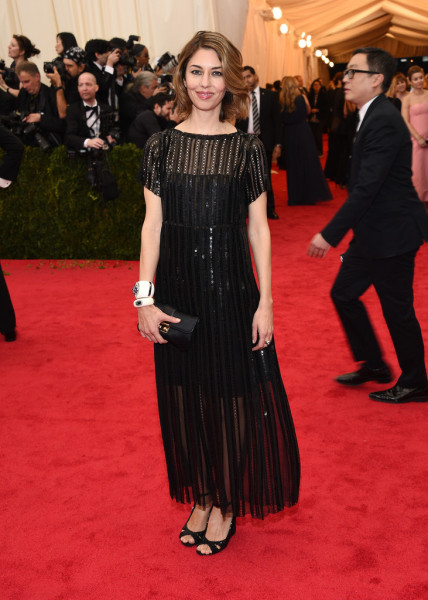 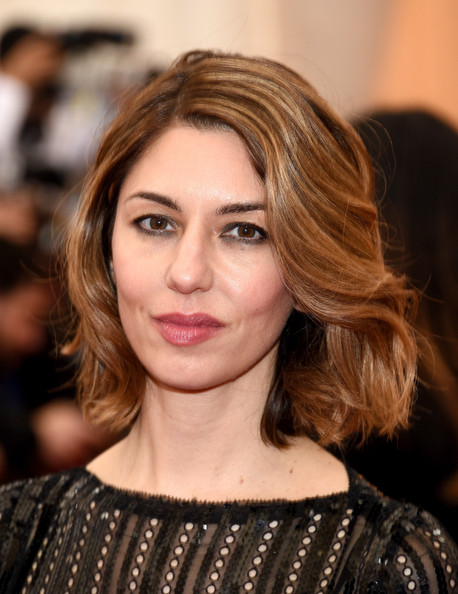 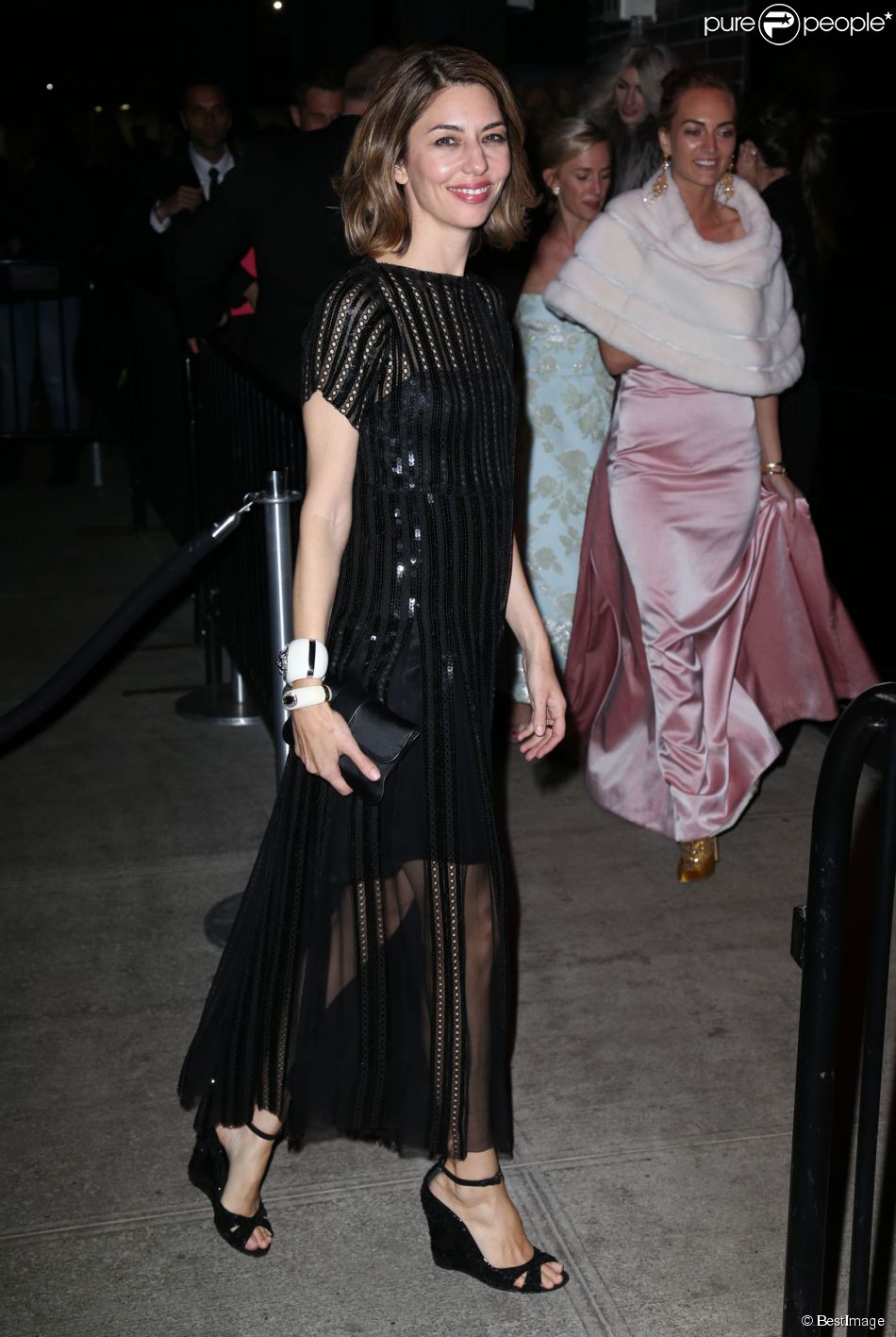 She was wearing Marc Jacobs.


Sofia looked good, but I'm not too fond of her eye makeup tbh. 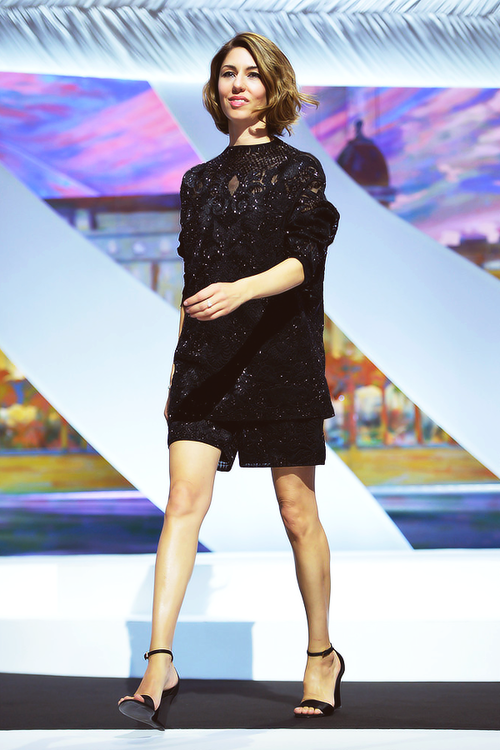 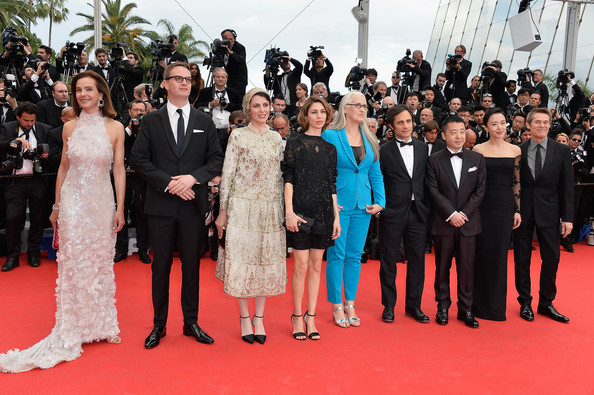 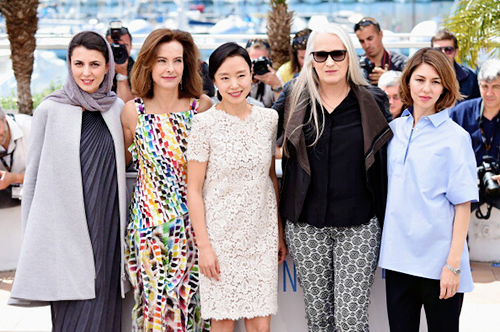 Arriving at the airport with Romy and Cosima 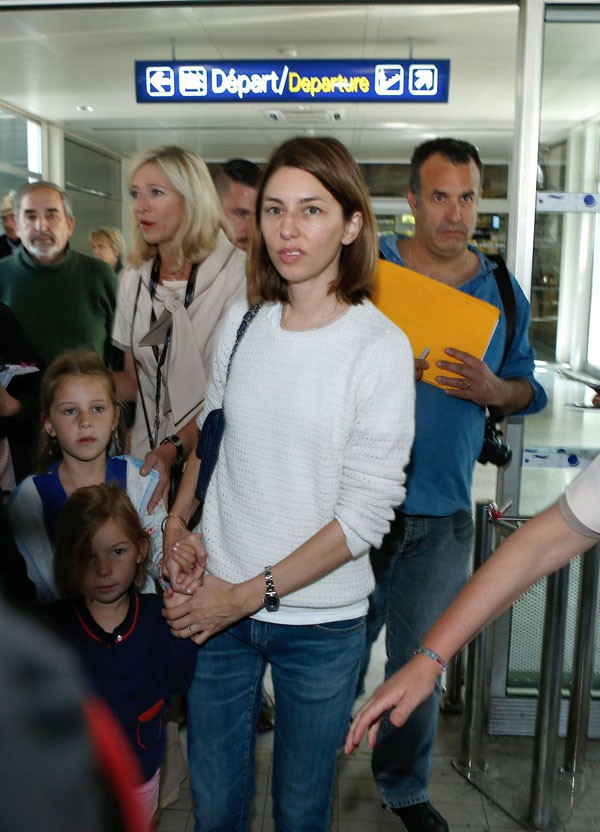 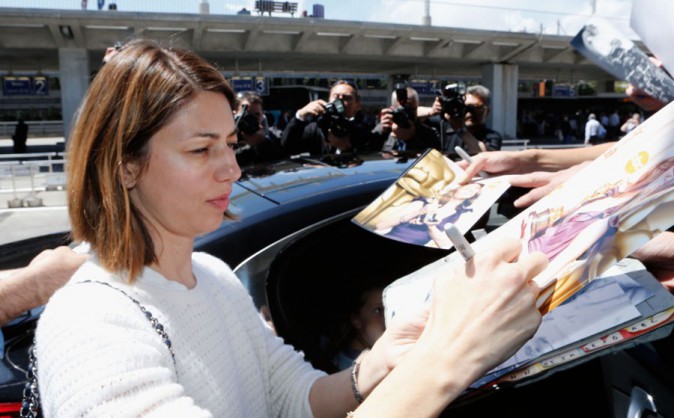 ms_mmelissa for the two first images!

Sofia's bts photos from the set of "Lost In Translation" 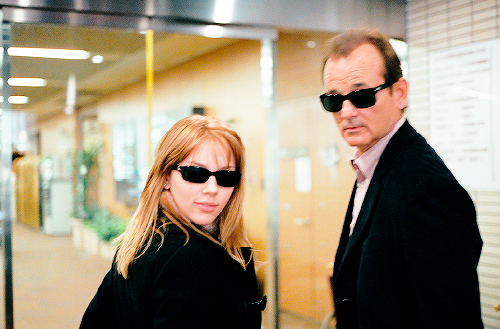 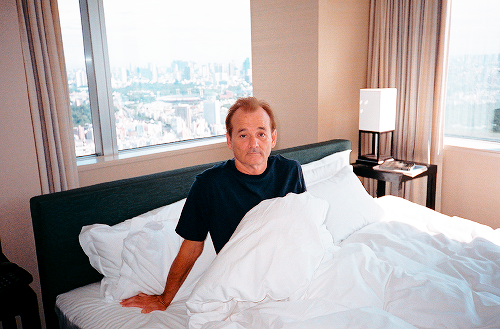 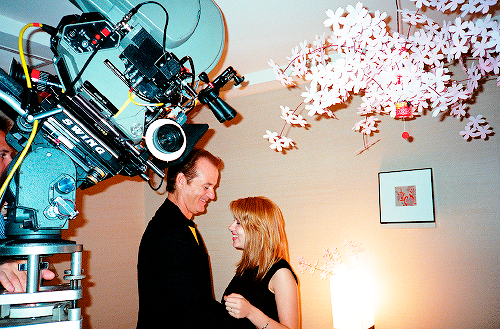 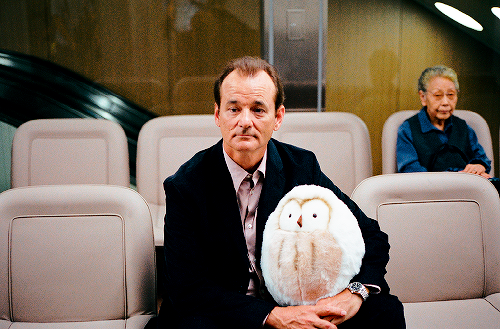 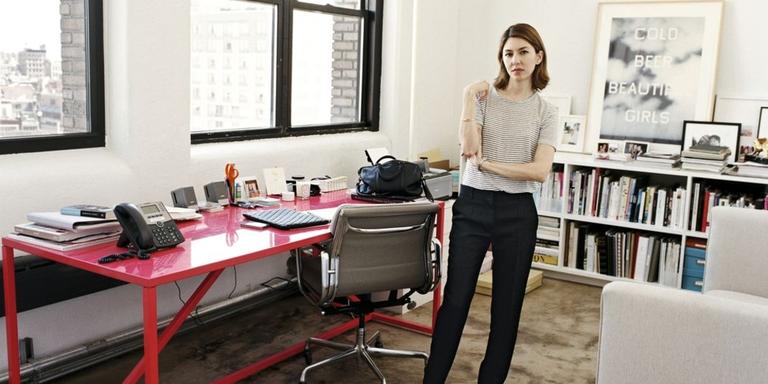 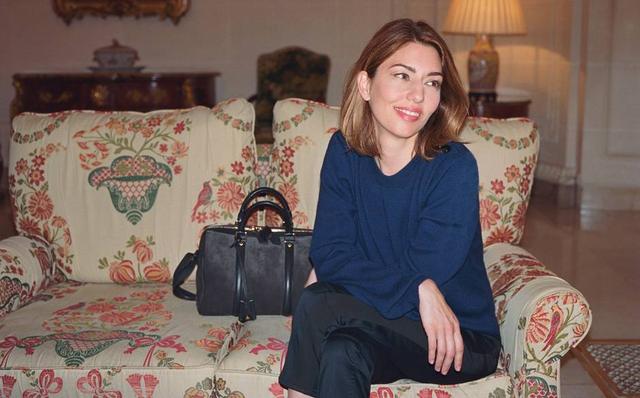 COPPOLA’S CHOICE: It looks like there will be at least one serious fashion plate on the jury at next month’s Cannes Film Festival. Word has it Sofia Coppola, whose film “The Bling Ring” made its debut at the Riviera gathering last year, will be heading south to serve on a jury presided by “The Piano” director Jane Campion.

The festival will unveil the complete slate of jurors in the coming days.

Coppola has appeared in ad campaigns for Marc Jacobs and Louis Vuitton, and has designed accessories for Vuitton. She interned at Chanel at the age of 15, and also briefly had her own clothing line, Milkfed.